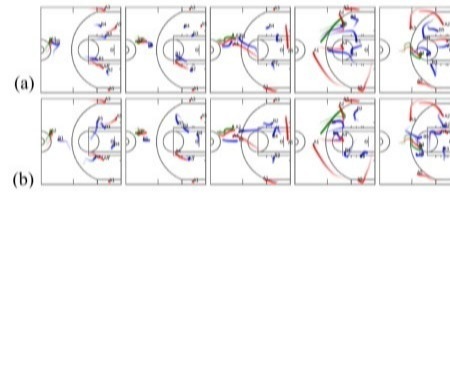 In this paper, we present a method to generate realistic trajectories of defensive players in a basketball game based on the ball and the offensive team’s movements. We train on the NBA dataset a conditional generative adversarial network that learns spatio-temporal interactions between players’ movements. The network consists of two components: a generator that takes as input a latent noise vector and the offensive team’s trajectories to generate defensive trajectories; and a discriminator that evaluates the realistic degree of the generated results. Our system allows players and coaches to simulate how the opposing team will react to a newly developed offensive strategy for evaluating its effectiveness. Experimental results demonstrate the feasibility of the proposed algorithm.